ZAAD Studio has teamed up with Challenge Studio to envision a new residential typology for Mashhad, Iran. The 40,000-square-meter tower is designed to incorporate passive green energy strategies and emulate a "small town" feel. It's distinct shape, based on a philosophy of "void design," resulted from the desire to exchange built program for share green space that will enhance interaction between dwellers.

From the architects: Vandad Ecologic Tower was commissioned by an affluent developer from the city of Mashad, in Iran; who has recently become interested in incorporating passive green energy strategies to his development portfolio. Originating from a small town himself, the client stipulated that Vandad Ecologic Towers must implement elements of small-town lifestyle in the design. 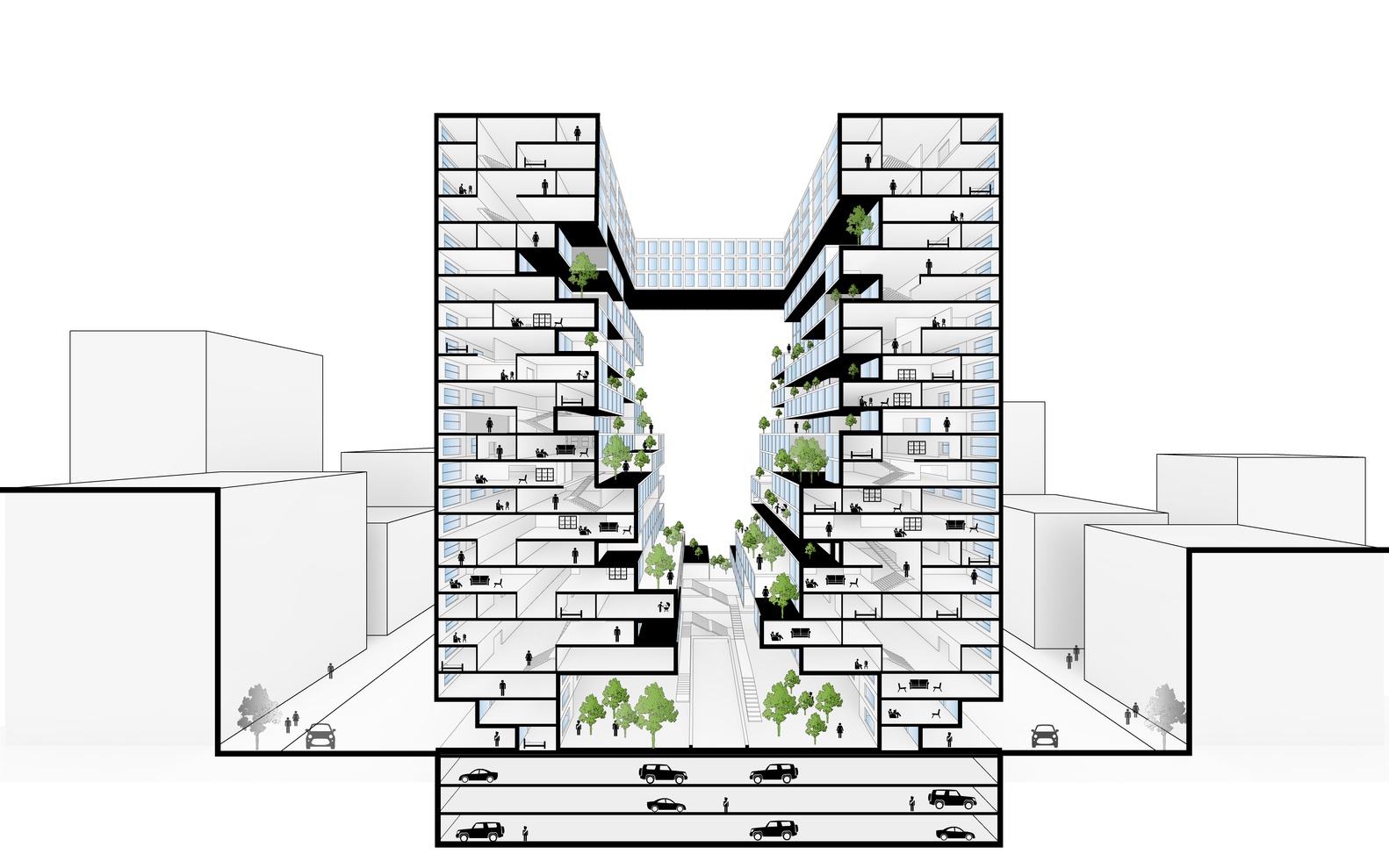 By analyzing broader problems of urban planning and architectural design which directly influence modern city life, this proposal attempts to identify and embody those attributes of a more sustainable, environmentally conscious, civic lifestyle that were such an intrinsically influential factor in many of our predecessors’ predominantly non-urbanized childhoods. The rigid appropriation of space and spatial ownership has become an accepted aspect of modern urban living, where interaction with the environment and neighboring inhabitants has been minimized to include only that which exists within ownership boundaries. This dramatically reduces what would formerly be a natural sense of responsibility towards society and towards the environment. This proposal attempts to reintroduce a sense of identity into the modern urban paradigm, by investing in community and the natural environment, and encouraging intercommunication through a network of shared green spaces aimed at heightening the quality of life as well as mutual civic dependency. 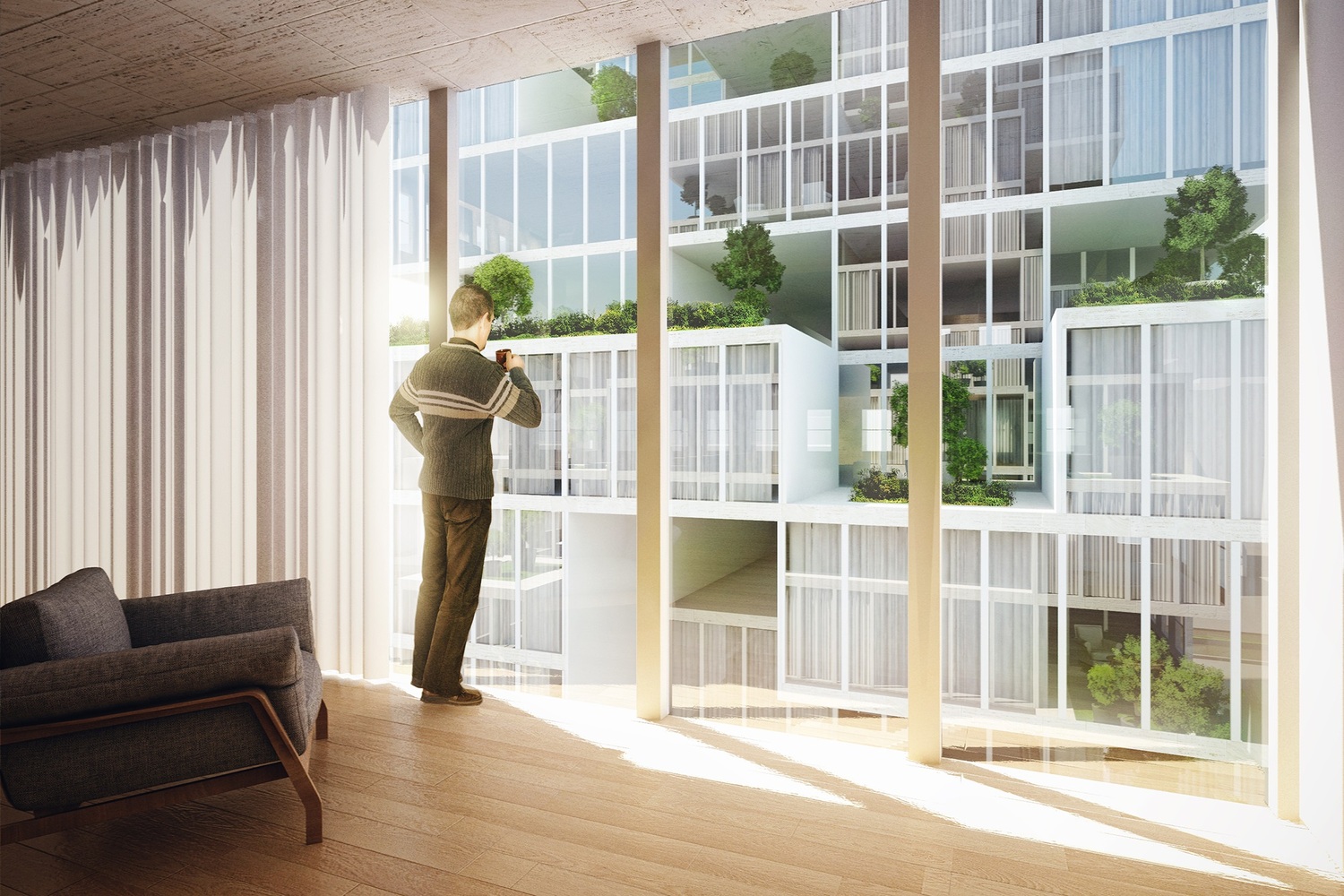 The development strategy is based on a philosophy of void design in which subtracted space is literally an addition of shared green spaces which promotes interaction and communication. This method of subtraction creates a green valley between two facing and connected towers, where the tending of the gardens on one tower is ultimately contributing to the vista of the other tower. An austere external facade conforms to the surrounding urban context by respecting the dominant urban facade and skyline, while the building interior diverges into a network of interconnected micro-spaces resulting in -not so much a vertical city, but a vertical village. 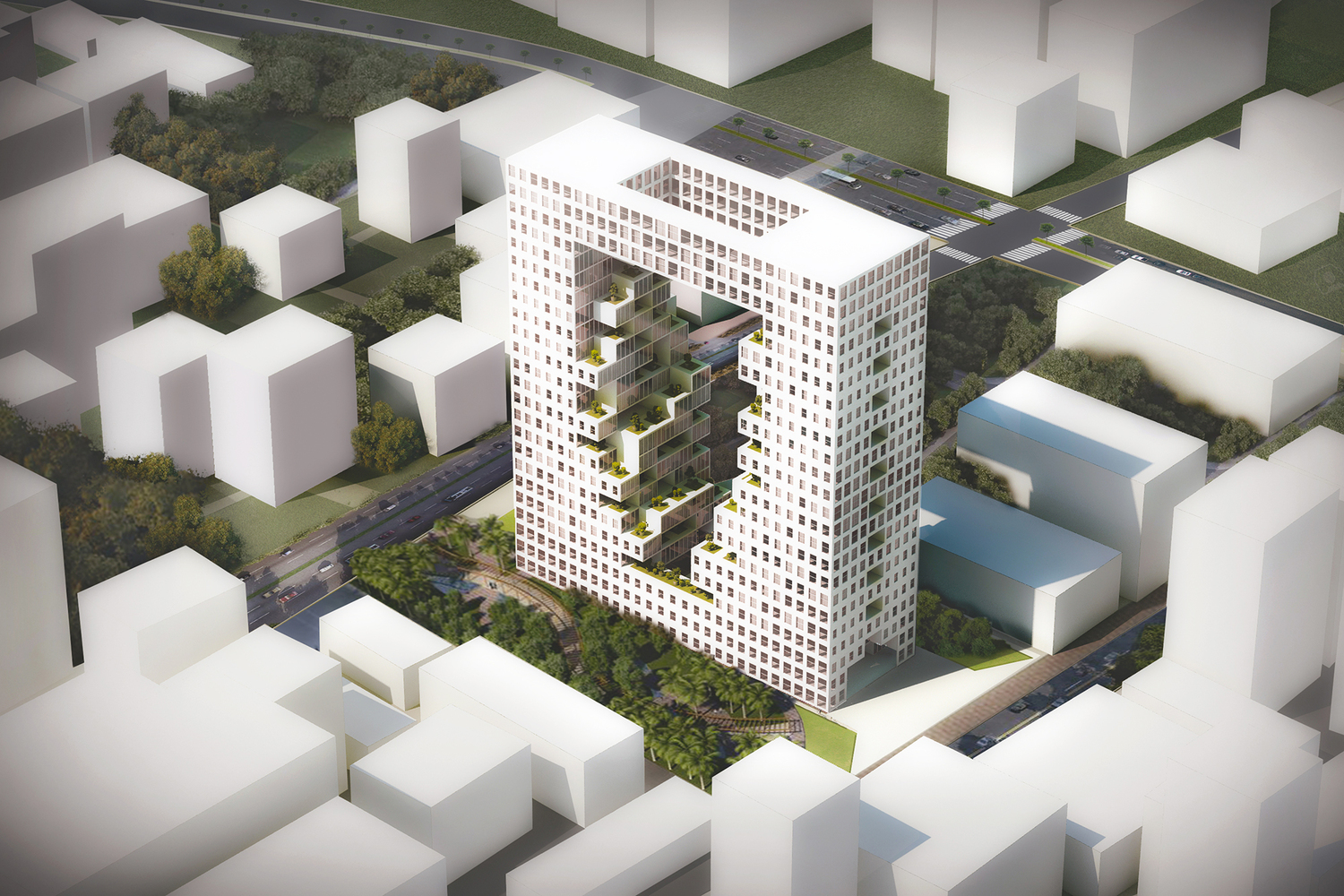